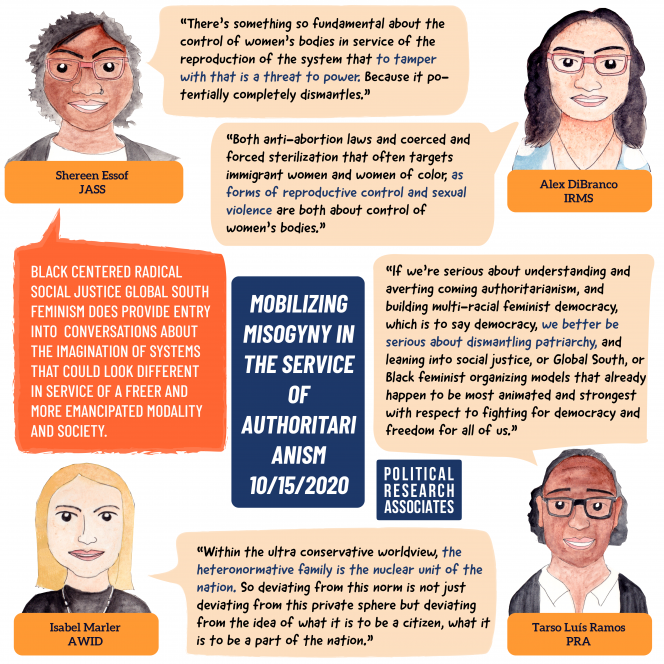 Mobilized in the 2016 election, misogyny has become a defining characteristic of the past four years. Manifesting in mass shootings, endemic in the treatment of prominent female political leaders, and bolstering White supremacy, misogyny is contributing to the steady rise of authoritarianism in the U.S. and abroad.

Join us for a discussion on how misogyny unites disparate sectors of the Right with experts and movement organizers who center feminist practice in building democracy.