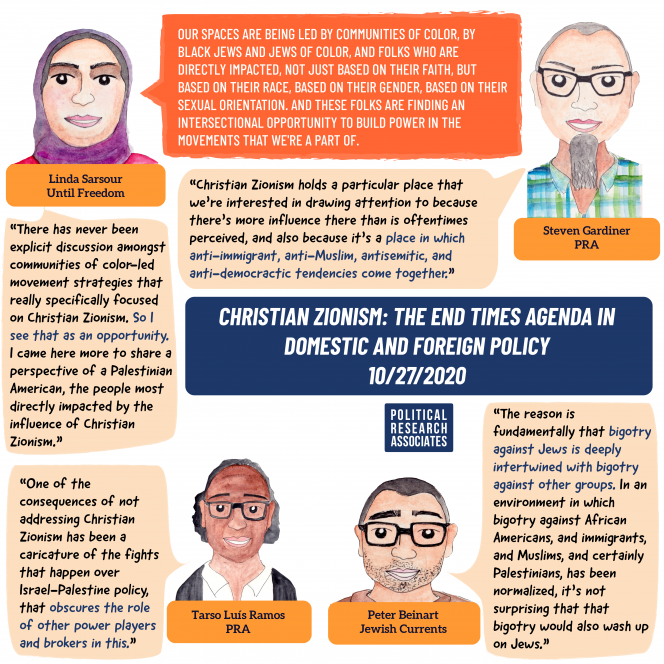 At the 2020 Republican National Convention, the administration flaunted diplomatic norms when Secretary of State Mike Pompeo’s pre-recorded participation was broadcast from the U.S. embassy in Jerusalem, the same embassy that was Vice President Mike Pence’s first talking point when asked about foreign policy during the vice presidential debate several weeks later: “President Trump kept his word when we moved the American embassy to Jerusalem, the capital of the state of Israel.” Pompeo and Pence are sending a clear message to Trump’s evangelical Christian base: Christian Zionists wield significant influence in the President’s administration.

Join us for a discussion on the deeply antisemitic, anti-Muslim, and anti-democratic Christian Zionist movement, its outsized influence in the Trump administration, and the significant impact it has on domestic and foreign policy.