After a pro-Trump mob attacked the U.S. Capitol on January 6, journalist and author Seyward Darby pointed out that women—and White nationalist women specifically—played a key role behind the scenes. Like much of “women’s labor,” Darby told NPR, “It’s invisible but essential.”[1] That’s true of the White grievance that lay at the heart of “Stop the Steal” more generally, as the call to overturn the results of the 2020 election were cast as an appeal for White people to preserve a lifestyle and country they perceive as under attack. And that appeal, as Darby documented in her recent book, Sisters in Hate: American Women on the Front Lines of White Nationalism, is one that can serve as a powerful recruitment tool.

In the book, Darby follows three women who joined White nationalist movements: Ayla Stewart, a former social media influencer who promoted “tradlife” and motherhood online while demonizing people of color, feminists, and the LGBTQ community; Lana Lokteff, the Holocaust-denying host of the anti-feminist, White nationalist YouTube show “Red Ice” (which has since been taken down); and Corinna Olsen, a former Portland, Oregon, neonazi leader who has since left the movement and denounced White nationalism. While each woman represents a distinct branch of White nationalism, all were motivated by the same core beliefs: that the “White race” must be defended, and that women have a key role in that fight. Darby spoke with PRA this February.

"While each woman represents a distinct branch of White nationalism, all were motivated by the same core beliefs: that the 'White race' must be defended, and that women have a key role in that fight."

PRA: What prompted you to write this book?

Darby: After the 2016 election, I was struck, reading coverage of the Alt Right, how there were never mentions of women, just these are all angry White men. What really prompted my research was that question: where are the women? And what role are they serving? To find them on the internet was relatively easy, there’s just nobody paying attention to them. I started doing historical research, relying on the work of mostly female academics who’ve been covering women in the Far Right, and women and fascism, for a long time. Consistently, they find that women are overlooked and underappreciated as actors in these spaces. Along the way I had so many other questions, particularly how women justify their existence in this space that requires a lot of mental gymnastics.

It hit the nail over and over, for me, that the reasons people get radicalized are fundamentally selfish, having to do with personal circumstances, the way they see the world, wanting to feel like they are in control and have a narrative that explains situations they don’t like: changing demographics, a Black president, an economic crisis, and then the pandemic exacerbating all of that. Unfortunately, in the United States, given our foundation of White supremacy, when people go looking for causes and a sense of purpose and belonging, time and again, during periods of upheaval and uncertainty, this is where a lot of White people find whatever it is that they’re looking for.

Sexism is so rampant in the space. It makes outside observers not see women’s power because there’s this assumption they—as mothers or aspiring mothers—are the “better angels.” But this idea of protecting your children, your self, your body, your home, your immediate people can expand to “your race” under certain circumstances. Just because it’s defined as motherly duty doesn’t make it any less horrible, and yet outside observers consistently see it as less horrible. The most savvy actors in this space know that, and so projecting a female face and a female sensibility is like soft power and hard power. It’s a mask: on one hand, it’s hiding something; on the other hand, it’s also projecting a certain thing that other people might find relatable, palatable, forgivable. And it’s really, really pernicious. 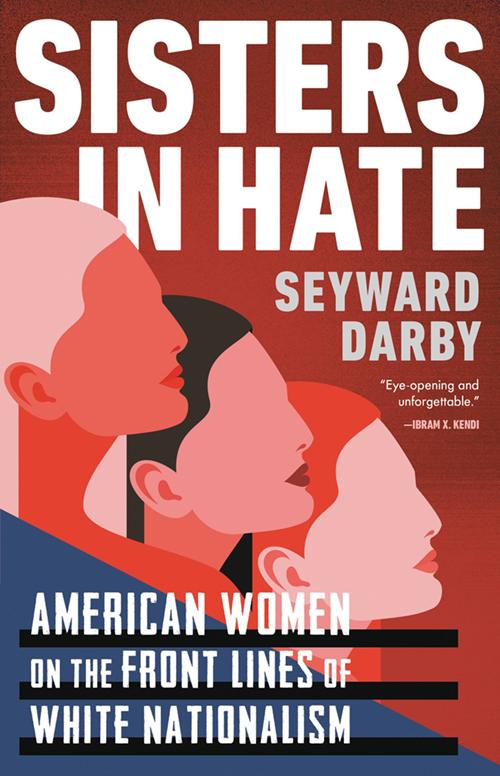 PRA: You write that there’s a radical nature of Whiteness that allows White nationalist ideas to be normalized. Like how Stewart promotes a “traditional lifestyle,” as if she was just another social media influencer.

Darby: There’s a lot of research on how White identity influences people’s political decisions. For the longest time, White identity didn’t matter, because White identity was “American identity.” And people in this movement are very much capitalizing on that notion of Whiteness as normal, as American, and saying, “I’m not saying anything hateful. I’m just a nice mom, a nice woman, a nice sister and daughter. And I’m also a patriot, an American. How can you fault me for that?” The Far Right is really just magnifying these existing ideas and prejudices and assumptions in American culture, including Whiteness as normal.

White nationalists want it both ways, though. They want their Whiteness to be the norm that everything collapses into, but they also want it to be on equal footing with other identities. And often they have this kind of victim complex, where they’re like, we’ve been left out of the discussion of identity, and there’s nothing wrong with celebrating our heritage and our identity in the way that Black Americans do.

"White nationalists want it both ways, though. They want their Whiteness to be the norm that everything collapses into, but they also want it to be on equal footing with other identities."

PRA: Many White nationalist women call for a restoration of traditional life and values. What is that code for?

Darby: There’s a difference between the Make America Great Again types, who are perfectly comfortable with all the trappings of modern life, and the hyper-traditionalists who are back to the earth types, live on a homestead, Little House on the Prairie. And then you have traditionalist women who want to dress up like 1950s housewives and took the wrong messages from Mad Men somehow. All of those things are about mythology: periods in the past where you didn’t have to worry, didn’t have to be afraid, you could work hard and love your family and be “left alone.” And really what all of that is code for is a sense of change that you don’t like. But what you’re stripping out is the fact that other cultures were oppressed and exploited. There were tons of negative forces that were keeping a certain culture dominant, but in their mythology, that’s just the way it was.

The thing that I’ve gotten the most comments on in the book is this one footnote in the [Stewart] section, about the Sweet Valley High book series, where she talks about how she just wants to live in the world where there are no immigrants or violence, and no LGBT people, basically. It’s a fictional world, but she also used it in this propaganda sense to say, “This is the America, this is the world, that I want.” As my copy editor pointed out, there were gay characters in the Sweet Valley High series, which punctures that mythology immediately.

[Lokteff] talked about this too, like “I’m not advocating violence. I’m not saying I want to put people in slavery. But people prefer to be with their own people.” And if you make it all about personal preference, that just strips all of the history of violence, oppression, and state-sponsored segregation out of the equation. It’s a convenient way of talking about the past that willfully ignores the White supremacy that is the bedrock of the country.

PRA: The women you write about express this reductive idea that women just want beauty, family, and home. Do White nationalist women think that women’s ambition and independence should be repressed, or do they fundamentally believe that women truly just want those things?

Darby: This is a moment where they play it both ways. They’ll say, at the end of the day, what women want is to be attractive, to be loved to, have a family, have a home, and feel safe and content. But some will also say, like [Lokteff], things like “I’m not like every other woman, I do have my sense of independence and purpose, and I’m putting toward the cause of standing up for my people and my beliefs.” And, then also say, in an ideal world, women wouldn’t have to be “political,” because there would be nothing to protest, nothing to restore. But there’s no grappling with reality. Everything is talked about in terms of this mythological past or mythological future.

But if you’re talking about something as a precipice, a pending Apocalypse—“We have to fight for the country! We have a fight for the race!”—then it’s an all-hands-on-deck situation. And if that moment lasts, as it has with White nationalists for decades, then there’s this allowance where women can be more “masculine.”

It’s so complicated, because [many] don’t like feminism, they believe in traditional gender roles, and want those things to continue to dictate our society, culture, and politics. But at the same time, they’re clearly benefiting from the hard-won victories of feminism over the last century-plus, whether you’re talking about their jobs, their education, their platforms, or the fact that they can vote. And you can’t really get a straight answer because this place is full of cognitive dissonance.

There’s also a tendency, for people who look at this space, to minimize what is asked of women: you should have a lot of babies, you should focus on building a sisterhood, you should stay home. But everything that a woman is being told to do and choosing to do from a traditional perspective is political: being a mother is a political act, running a home is a political act, being in women-only groups is a political act. Yes, all of those things are sexist and minimize women’s capabilities, but that’s not how it is conveyed or manifests, because they are being told it’s for the sake of a nation, for the sake of a race, for something so much greater than yourself. Those become political activities in a way that politics is not typically defined in the American context.

PRA: In the book, you draw a parallel between Lokteff and the fictional character of Serena Joy from The Handmaid’s Tale, who achieved the return to tradition she was advocating for and lived to regret it. Is there a sense of a safety net that goes along with White nationalist women like Lokteff, who don’t think they’ll actually achieve the society they claim to want?

Darby: I don’t think there’s a safety net, because God knows anything is possible, especially in the moment where we find ourselves. This is not fringe. This White grievance and “we need to take back America” mentality is very much the reality of the Republican Party. The more people that come to believe at least some fraction of what White nationalists believe, the less likely it is that there is some safety net. If you follow any of their ideas about the future to their logical conclusion, it is going to be bad.