A protest in front of the Cook County Jail in Chicago in June (Credit: Roman K/flickr.com)
Victoria Law
June 10, 2021

Excerpted from “Prisons Make Us Safer”: And 20 Other Myths About Mass Incarceration by Victoria Law (Beacon Press 2021). Reprinted with permission from Beacon Press.

In 1983, the Corrections Corporation of America (CCA, now CoreCivic) was founded. That year, approximately 24,000 people were sent to state and federal prisons, bringing the total number of prisoners to 438,830. It was a 12 percent increase from the previous year’s prison population (414,362 people) and more than double the 229,721 prisoners in 1974.

Two years later, in 1985, CCA’s main competitor, Wackenhut (now called GEO Group), was formed. These two corporations have since become the giants of the private prison and detention industry, though they remain dwarfed by the larger systems of publicly managed prisons and jails.

The myth that private prisons drive mass incarceration has fueled divestment campaigns pushing universities and pension funds to divest their investments from private prison corporations. Divestment campaigns have also targeted banks that provide financing to these corporations. Both CoreCivic and GEO Group are set up as real estate investment trusts, which allows them to avoid taxes but requires them to distribute 90 percent of their profits to shareholders. Thus, they rely on bank financing for daily operations and expansions.

In March 2019, divestment campaigners celebrated when JP Morgan Chase, which had provided at least $254 million in debt financing to the two largest private prison corporations announced that it would not provide new financing to the private prison industry. Since then, eight banks have followed suit, though they still honor (and have extended) already existing financing contracts. In late 2019, California passed Assembly Bill 32, which prevents the state from entering into or renewing contracts with for-profit prison companies after January 1, 2020; the bill also phases out private facilities by 2028. The law does not extend to privately run federal prisons and city jails. It also does not require that people currently held in private prisons or detention centers be released. 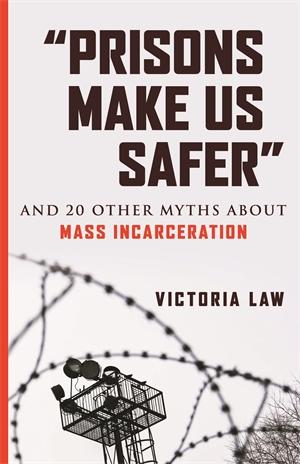 But these contributions to individual lawmakers are often dwarfed by those from public sector unions, which represent guards working in government-run jails and prisons. In 1998, for instance, private prison corporations contributed $285,996 to both Democratic and Republican campaigns. In contrast, the California Correctional Peace Officers Association (CCPOA), the union for California’s 31,000 state prison guards, contributed nearly $2.2 million. Politicians understand that, unlike private prison corporations, unions also deliver votes.

Focusing on private prisons also obscures the role of an even more powerful interest group and lobby—prison guard associations and unions.

In the early 1990s, concerned that private prisons threatened public prison jobs, the Florida Police Benevolent Association created the Private Corrections Institute (now called the Private Corrections Working Group), which advocated against the privatization of incarceration. The institute developed the messaging that privatization led to more escapes, poor medical and rehab services, and increased violence in the prisons. What the institute did not acknowledge is that these issues also plagued (and continue to plague) publicly run prisons.

"Focusing on private prisons also obscures the role of an even more powerful interest group and lobby—prison guard associations and unions."

CCPOA is considered one of the most powerful political unions in California. The union has supported campaigns for the state’s tough-on-crime measures of the 1990s, including the 1994 three-strikes ballot initiative, which resulted in the explosion of California’s prison population. It has also contributed millions to electoral candidates, including to the campaigns of Governors Pete Wilson, Gray Davis, and Jerry Brown. CCPOA also holds the promise of delivering over 30,000 votes.

As of January 2017, California had 35 state prisons and 43 conservation camps, which, altogether, incarcerate approximately 129,000 people. Another 9,000 Californians were incarcerated in private prisons either within California or out of state. CCPOA opposes prison privatization, equating it with job loss and an attack on public sector jobs and unions. For years, the union successfully fought to keep private corporations from operating any of the state’s prisons.

Unions representing jail and prison guards have also opposed decarceration measures, understanding that having fewer people incarcerated increases the risk of closing prisons and cutting back on correctional officer jobs. CCPOA spent more than $250,000 on a campaign opposing 2004 revisions to the state’s three-strikes law. It also spent one million dollars to kill California’s 2008 Proposition 5, which would have increased funding for non-prison diversions for people convicted of nonviolent drug offenses and allowed for time-off prison sentences for the completion of prison programs.

The American Federation of State, County, and Municipal Employees (AFSCME) represents 85,000 prison guards nationwide. When advocates began a campaign to close the notorious super-max prison in Tamms, Illinois, where people were held in long-term solitary confinement for years, AFSCME Council 31, which represents Illinois prison guards, waged its own campaign, invoking fears for public safety. The union also filed a lawsuit claiming that the closure would create harmful working conditions by sending the state’s most violent prisoners back to other prisons. In New York City, the Correction Officers’ Benevolent Association (COBA), which represents the city’s jail guards, has condemned efforts to close Rikers Island and replace it with four smaller jails that will hold only half the number of people that the city’s sprawling island-jail complex currently detains. COBA contributed $971,012 to state electoral campaigns between 2009 and 2014. The union for New York’s state prison officers, which has opposed reforms to solitary confinement and parole practices, spent nearly $1.2 million between 2009 and 2014.

Finally, and most importantly, as abolitionist and prison scholar Ruth Wilson Gilmore has noted, “Ending a prison contract does not relieve anybody who’s locked up of one minute of time that they owe to the building.”