There is no question that social media has been a meteoric tool of the Right: propelling Donald Trump to office in 2016, mobilizing his supporters to mount a nationwide resistance to the outcome of the 2020 election, and fueling the growth of far-right movements ranging from QAnon to White nationalist militias and a reinvented Alt Right. In this conversation of experts and movement strategists, we explore the role that the rapid spread of disinformation, social media mobilization, and state surveillance play in the maintenance of White supremacy. 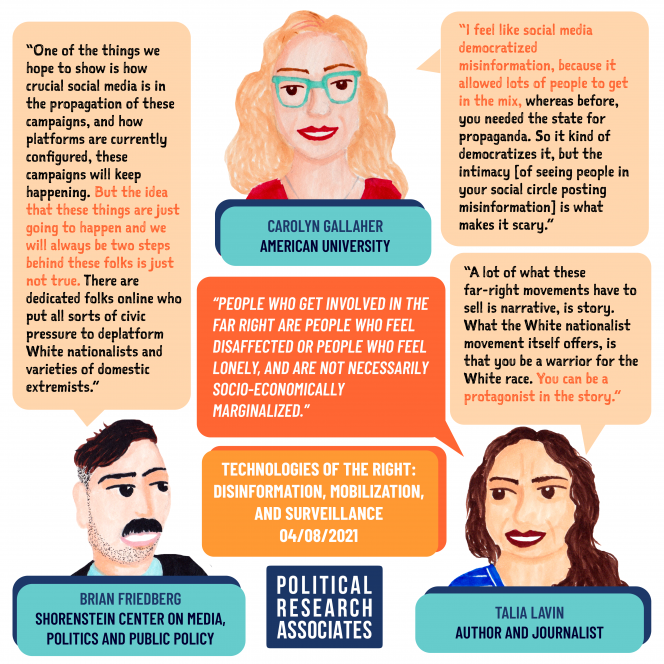 For this roundtable discussion, we were honored to be joined by:

ISSUE BRIEF: This Month in Racial and Immigrant Justice